'Once Upon My Cheek'

'Flight of the Bumblebee' 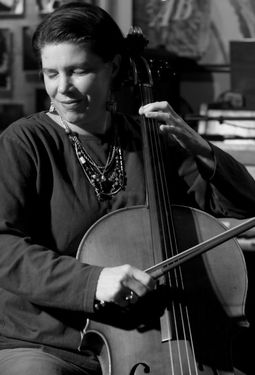 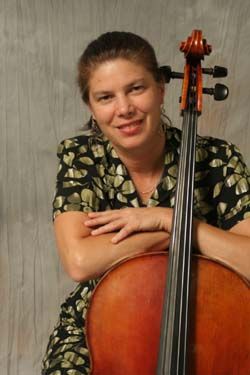 Dr. Sera Smolen loves teaching cellists from age 3 up.  In her cello program at Opus Ithaca, we combine traditional cello study with improvisation, composition and world musics, inviting guest artists to contribute to our program.  Some projects we have done are practice marathons, winter workshops, composers projects and “Dances from Around the World”.

Smolen received her PhD in music education from the Union Institute in 2000. Her Doctoral thesis, titled “Moons of Osiris” Is inspired by her longstanding research into string pedagogy in Waldorf education.  Smolen has a deep understanding of how to present improvisation parallel with repertoire study. She is a frequent guest clinician in Europe, the US and Canada for workshops and teacher training seminars covering pedagogies of improvisation and composition for string players. She has taught at Mansfield University, Alfred University, the Kanack School in Rochester NY, and Hobart and William Smith College.

As a performer, she has been a soloist, collaborator, chamber musician, improviser, orchestral musician and recording artist.  She is an active performer of numerous genres of music, including four centuries of classical music, premiering new music by numerous composers. She loves collaborating with dancers, sculptors, painters and poets. She has been a longstanding member of the Cayuga Chamber Orchestra. She composes and records original music with her husband, Tom Mank with whom she toured the Netherlands and Belgium for the eleventh time in November 2021. She was the assistant director of the New Directions Cello Festival for 24 years.

I have always been equally passionate about playing the instrument, learning, and teaching music.  Playing the cello invites us to explore every aspect of ourselves.  We awaken, develop, then integrate the knowing, willing, feeling and intuition.  We discover how discipline and freedom belong together.  We become citizens of the world as we play music from around the world.  We learn to express the ineffably beautiful sentiments of the greatest composers.  The great masterpieces awaken in us the first glimmers of one's own, individually unique musical voice.

Here is a list of the schools, programs and teachers I have worked with on this journey.

Guest Clinician at Regional Suzuki Workshops, U.S and Canada, from 1988